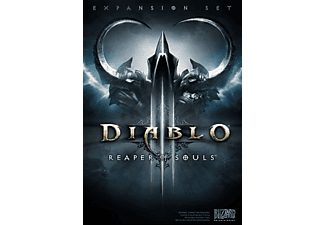 So begins the end of all things...

Diablo, the Prime Evil, had at last been defeated, its essence bound within the muddled reflections of the Black Soulstone by a hero of lineage thought to be forgotten: the Nephalem. Before the artifact can be sealed away forever, Malthael–Angel of Death–manifests in the mortal realms with a deadly new purpose: to steal the Black Soulstone and bend its infernal power to his will.

Carge forth as the crusader.

Impenetrable armor, gleaming weapons, and heavy, heavy damage–wield the power of the Crusader, unbreakable new hero of the mortal realms.

From the sprawling streets of Westmarch to the ancient walls of the Pandemonium Fortress, battle with a host of deadly new enemies throughout the all-new Act V of the Diablo III storyline.

Rise to new heights of power.

Advance your hero of choice through additional levels of supremacy, mastering bold new powers of raw, demon-slaying potential along the way.