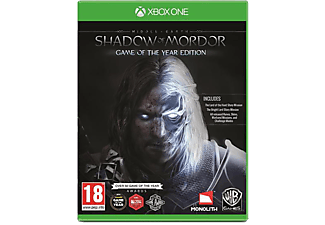 A dynamic game environment as the player bends Mordor to their will.

The game begins on the night of Sauron’s return to Mordor, as his Black Captains brutally execute the Rangers of the Black Gate. Players become Talion, a ranger who loses his family and everything he holds dear, only to be returned from death by a mysterious Spirit of vengeance. As Talion’s personal vendetta unfolds, players uncover the mystery of the Spirit that compels him, discover the origin of the Rings of Power and confront the ultimate nemesis.

A new story set between the events of The Hobbit and The Lord of the Rings.

It delivers a vibrant next-gen game world through its Nemesis System. Every enemy players face is a unique individual, differentiated by their personality, strengths and weaknesses. These enemies are shaped by their encounters with the player to create personal archenemies who are unique to every gameplay session. Players must outthink each distinctively different enemy they encounter to infiltrate the ranks and dominate within the dynamic world that remembers and adapts to their actions and choices.

Unleash the Power of the Wraith.

Players command Wraith Powers to orchestrate and execute their vengeance in brutal melee, ruthless stealth and intuitive ranged combat. Dominate Your Enemies – See the world through Wraith Powers and uncover details about each unique enemy to aid Talion’s revenge; each foe has their own exploitable personality, memory and traits for players to study and manipulate.

Bend Mordor to your will.

Gamers turn enemies against each other by forcing them to Assassinate, Terrorize, Sacrifice or Spy. Based on the player’s actions with the Nemesis System, every enemy encountered is distinct and can evolve to become a personal archenemy through the course of the game.