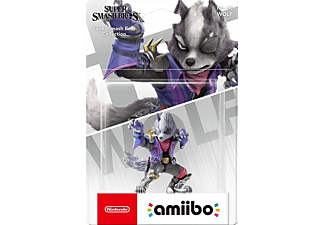 Wolf used to fight in Andross's army, tangling with Star Fox in battle after battle. After Andross's exile, he went his own way and formed a mercenary team called Star Wolf. He and his eternal rival, Fox, have even fought on the same side from time to time but inevitably they always meet again as enemies. Get cool in-game extras with amiibo accessories and compatible games.