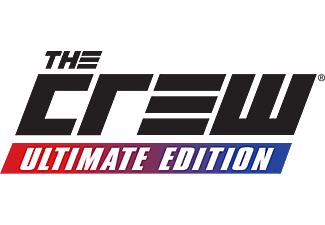 The Crew - Ultimate Edition Xbox One

Explore the first realistic recreation of the entire USA ever built for a driving game in The Crew® Ultimate Edition, your all-inclusive edition of the revolutionary action-driving game released in 2014.

This fully expanded edition of The Crew® includes:
• The Crew® original game
• The Crew® Wild Run expansion
• The Crew® Calling All Units expansion
• All 19 cars from the Season Pass. Get the fullest edition for The Crew® universe with more than 120 licensed vehicles of the greatest variety, over 220 tuning specs, a 30-hour story campaign, more than 220 missions, a recurring championship called The Summit bringing fresh events each mon

The entire United States is your driving playground—downtown city streets, suburbs, hillsides, cornfields, canyons,
sand dunes and racetracks. Immerse yourself on- and off-road in a 5000km² open world with lifelike lighting and
gorgeous graphics. Travel the US in total freedom, performing stunts, mastering skill challenges instantly competing
against other drivers in Freedrive and immortalizing your feats with first-rate social tools.
TUNE YOUR VEHICLES TO MASTER EVERY TERRAIN
Fill your garage with powerful cars, agile motorcycles, unstoppable monster trucks, evasive drift cars, roaring
dragsters and exclusive police vehicles. Level up your rides and tune them with Street, Perf, Dirt, Raid and Circuit
specs to adapt to any terrain and unleash their full potential.

Turn on-road encounters into intense rivalries or bond with friends, creating instant challenges with fellow drivers.
Jump seamlessly in and out of crews as you travel the open road. Complete 30 hours of story campaign solo or in
co-op with friends and seek new rivals to compete against in The Summit, a fresh weekly competition series taking
place all over the USA, or prove your driving skills and become either a top cop or the most wanted petrol head in
an always-on, all-terrain confrontation.

CHOSE YOUR SIDE BETWEEN THE STREET AND THE BADGE

Fly solo or join a police squad to track down and chase Street Racers all over a huge, action-packed open world.
From busy city streets to rocky mountain trails, catch them red-handed by using the terrain to your advantage as
well as special abilities like blocking your target’s speed or shutting down all controls with an electromagnetic pulse.
Raise the stakes on your rivals, be the thorn in their side and become a top cop!